Visiting DR Congo is one of the best safaris to take for any one who would wish to uncover Africa with its natural wonders.

A visit to Bukavu town in the east of Congo leads visitors to the loveliest park with the rare lowland gorillas, this park is known for its natural beauty due to its extinct mountains from which it derives its name, these mountains include Mount Kahuzi and Mount Biega.

This park is one of the largest national parks in DR. Congo with 6000km² of land mostly being lowland.

Leaving Congo without visiting this park without experiencing its major tourist attractions becomes one of the greatest mistake, this offers a combined safari as visitors combine both the lowland and mountain gorillas

The park contains two eastern lowland gorillas’ families and these have been habituated for tracking, merging this tour makes it a lifetime experience to the visitors within the country.

However, after this amazing tour at Kahuzi, one can take off to the Virunga national park for mountain gorilla tracking.

Here visitors pay USD 400 for a gorilla permit and the fact is that mountain gorillas are found on high altitude since they live in mountainous areas.

This is done under the guidance of the park rangers who take visitors through the information regarding the gorillas and the park at large.

These gorillas are considered having almost 98% DNA with those of human beings and therefore the way they behave amuses all the visitors to the park, the silver back is the giant male and the head of the group.

Volcanic hiking can be dine from these two national parks, one can decide to hike the Nyiragongo Mountain which cost USD300 for an adult international visitor, and the activity can take two days of trekking, booking packed food from Mikeno lodge goes at USD80 all these rates are for per person.

Visitors are also encouraged to move with jackets, sleeping bags, rain resistant pants and trousers and sweaters since temperatures at the top of the mountain is too cold.

This is the best place to visit since this is the remaining active volcanic mountain in Africa that constantly emit fumes high into the sky hence at night making the sky turns its colors to yellowish.

Also to note is the hike that can be made from Kahuzi- Biega national park, the park is occupied by these two extinct volcanic mountains, Mount Kahuzi is 3308 meters above the sea level and mount Biega is 2790m.

The summit of these two volcanoes offers visitors with a stunning view of the surrounding areas and within the park plus the wildlife that rotates around their territories.

Birds and monkeys are also encountered on the hike including a spectacular view of Lake Kivu. Porters are available at a cost of USD 24 and they can carry luggage of around 15kgs.

Birding
Kahuzi- Biega has got over 342 bird species and out of these, 42 are said to be endemic to the park.

This is a haven for birders who visit the place for research and stress killing, African green broad bill, Congo peafowl and yellow created helmet-shrike are among the birds seen around the park.

Visitors to the park cannot leave the same as they came due to the sweetest sounds of birds that are nice to be listened as one goes through trees.

Chimpanzee tracking, this is an amazing activity and its performed in Tongo forest adjacent to the Virunga mountain national park, visitors depart from Mikeno lodge at a fee of USDS100 per person.

For real the only difference chimpanzees have got from that of human being is that they are primates and human beings are mammals but all other deed are similar.

Taking up chimpanzee trekking activity will make wonder whether these primates were trained to imitate human beings but it’s not the case.

Besides tracking, habituation can be done where the visitors may participate in a number of activities including feeding them. The way these chimp’s mock individuals surprise every one with almost similar characters with those of a human being.

These can be taken up from Kahuzi- Biega national park due to its tropical thick rain forests, Tshibiti waterfall trail that connects to other waterfalls is one of the most visited trail within the park.

On the way, visitors are able to see a number of tree species and the various birds and wildlife that occupies the park’s land hence giving a clear opportunity for those who always move with cameras to take photos from the different angles as rangers give protection to all.

Accommodation in these two parks

Lodges and hotels surround these parks and they offer both high quality food and bed services. Some of the noted include Lodge coco lodge and L’Orchids safari club. Both high end and low budget all found near Kahuzi Biega National park. 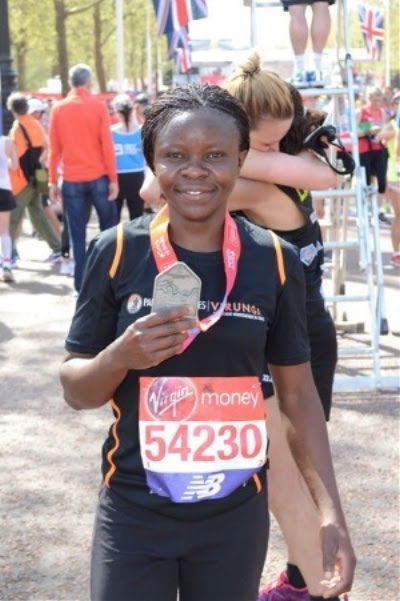 We wanted to share a quick message, to send a huge thank you to everyone who has donated to this year's marathon campaig...